Genetic mods to our bodies? 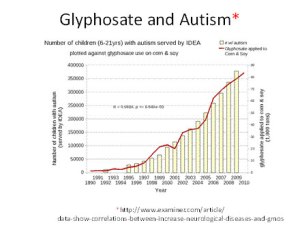 The battle over GMO labeling goes on with the EPA proposing to RAISE the allowed residue limits of glyphosate in food and feed crops! (As reported by GM Watch)  We have mentioned several bad things that can happen to our bodies from ingesting the herbicide Roundup and from the results of eating animals fed GMO corn. This is the latest warning because now they are targeting wheat! This one outlines how the quest to turn off specific genes in a plant can also turn off genes in our bodies. I doubt that’s a good thing…

Make sure you look for GMO free labels or since there is no law, you may have to ask the manufacturer of corn, soy, wheat if any of their ingredients are GMO.

The JIVA products on our blog links are non GMO.

One response to “Genetic mods to our bodies?”